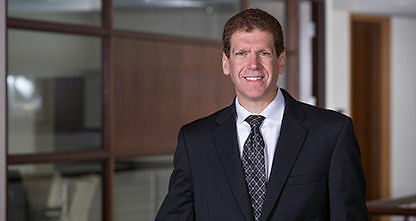 David has served as both in-house and outside counsel to some of the largest and most recognizable Fortune 500 companies. In these positions, he has been responsible for developing, coordinating and executing all aspects of patent protection strategies among global teams of business and technology hubs. In addition, he has developed objectives and procedures for identifying and protecting high value technology assets, and organized and led teams of technology leaders, who assisted in coordinating enterprise-wide protection efforts. David also managed patent procurement efforts by in-house and outside counsel.

David has drafted and prosecuted patent applications in the mechanical, electro-mechanical, telecommunication arts, to name a few, and participated in various post grant reviews. David also has extensive experience in procuring design patents for his clients.  He has also drafted many freedom-to-operate opinions and patentability opinions for his clients. Further, David has protected his clients’ interests in litigation matters via various Examination Before Trial (EBT) proceedings, including taking and defending depositions, preparing and examining infringement claim charts, preparing Markman briefs and assisting in Markman hearings.

David enjoys lecturing about intellectual property and technical subject matter, and has participated in and chaired many industry conferences and panels. David has lectured about patents, including utility and design patents, as well as other forms of intellectual property, to clients, startups, and to other attorneys via local and regional committee activities.  He taught Cyber Law at Quinnipiac University School of Law as an Adjunct Professor for several years. He also taught mechanical and aerospace engineering courses to undergraduate and graduate students at the NYU Tandon School of Engineering (formerly known as Brooklyn Polytechnic University) as an Adjunct Professor for several years.

Speaker, “Protecting Your Products and Discoveries Perspectives from both In-House and Outside Patent Counsel,” McCarter & English and the New York County Lawyers Association, Dec. 11, 2012

Speaker, "A Review of Supreme Court Patent Law Decisions from 2011 & Their Impact on Your Practice," the New York City Bar Association, Oct. 12, 2011

Moderator, “Roundtable: Updates on Damages and the Use of Experts,” New York City Bar Association, June 7, 2011

Speaker, “Getting The Most Out Of Your Patent Licensing, The Impact of Bilski v Kappos,” New York City Bar Association, Dec. 6, 2010

Speaker, “How to Protect Your Intellectual Property without Breaking Your Budget,” Day Pitney Webinar, May 5, 2009