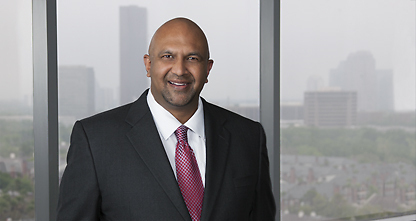 David Rodrigues has almost 20 years’ experience with increasing responsibility in patent preparation and prosecution, due diligence, opinion work, including noninfringement, invalidity, and right-to-practice as well as overall strategic portfolio development. Prior to becoming a patent attorney, he worked as a Plant Chemist for Armstrong World Industries and as a Pilot Plant Manager for General Electric Silicones and the General Electric Global Research Center, making him very familiar with all aspects of large scale manufacturing and has advised clients on developing patent portfolios that were directed to scale-up and manufacturing of products. At Cantor Colburn, Dave has drafted and prosecuted more than 600 patent applications. A large number of these patent applications were directed to polymer synthesis and to polymer processing. He has also drafted and prosecuted patent applications directed to optics, solar cells, photovoltaic cells, x-ray and electron beam devices, desalination, carbon dioxide capture and sequestration systems, wind turbines, textured surfaces for controlling bioadhesion, and the like. He works with several major clients in the plastics industry and is the lead partner for the technology transfer office of a major research university and for other clients with sophisticated technology and intellectual property portfolios that require experienced management. Dave specializes in drafting applications that require a combination of material, chemical, mathematical, and/or mechanical skills. He has in certain cases supplemented an invention with mathematical formulas that an inventor has not been able to provide. Dave also specializes in handling time sensitive patent applications. He has been successful in getting patent applications allowed through the appeals process before the Board of Patent Appeals and Interferences and has gotten over 70% of his appeals overturned by either the Board or the Examiner.