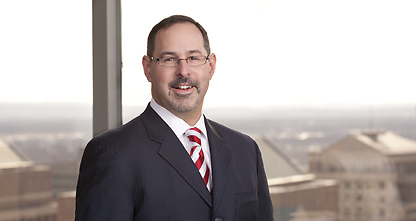 Steve Coyle is a Partner and co-chairs the firm's Litigation Practice. He is a trial lawyer with more than 25 years' experience litigating and trying complex disputed matters, and specializes in patent and all varieties of intellectual property litigation. Steve’s areas of focus include ANDA and Hatch-Waxman litigation, where he has represented the rights of generic drug manufacturers and helped them to bring products to market. Steve also counsels clients in FDA matters and is the Chair of Cantor Colburn’s Pharmaceutical Litigation Practice. Steve represents clients as both plaintiffs and defendants in a variety of other patent matters, including software, cybersecurity, fiber optics, lighting, circuit boards, robotics, telecommunications, piping systems, and consumer goods. Steve has substantial experience litigating trademark, copyright, and trade secret matters as well. He has litigated in courts throughout the country, and he has represented clients in alternative dispute resolution forums such as arbitrations and mediations. Steve has also handled multiple appeals, including before the Federal Circuit. In all of his cases, Steve strives to develop and follow a pragmatic strategy that advances not only his clients’ short term litigation goals but also their long term business needs.

Steve has tried cases in state and federal courts since 1994. In addition to patent litigation, Steve has litigated trademark and trade dress cases, trade secret cases, copyright cases, non-compete disputes, licensing matters, and complex commercial disputes. He has handled cases in numerous courts throughout the country and has argued before the First and Federal Circuit Courts of Appeals.

Law Clerk to the Justices of the Massachusetts Superior Court, 1993-1994