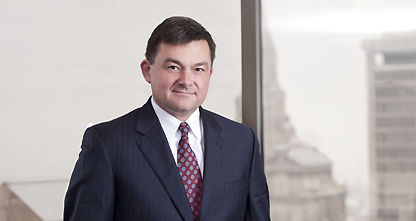 Andrew Ryan is a partner in Cantor Colburn’s Litigation Practice Group and chairs the firm’s Post Grant Practice. He is a trial lawyer with almost 20 years' experience representing plaintiffs and defendants in patent cases and other intellectual property and complex litigation matters. He also has significant experience in inter partes review (IPR) and other adversarial proceedings in the U.S. Patent and Trademark Office. Andy has experience in a wide variety of industry areas, including electronics and semiconductors, robotics, automotive components, medical devices, pharmaceuticals, and biotechnology. He has participated in and led matters before the U.S. District Courts of CT, MA, NY, NJ, DE, FL, CA, TX,  the Patent Trial and Appeals Board (PTAB), the  International Trade Commission (ITC), and the U.S. Court of Appeals for the Federal Circuit.