Daniel P. Lent, Japanese Practice Group Leader, gave a half day seminar in Tokyo for The International Association for the Protection of Intellectual Property (AIPPI) Japan on January 27, 2016 near the Japanese Patent Office.  With walk-ins, there were 40 attendees from Japanese companies and law firms. Dan presented in Japanese and English using a translator. A course book with Dan’s presentations, written in both Japanese and English side-by-side, was pre-printed and given to all attendees. As well, Dan gave a comprehensive presentation on trademarks, “Trademarks 2015 Year in Review,” and one on the ClearConnect ITC case, “Is imported data an article?” 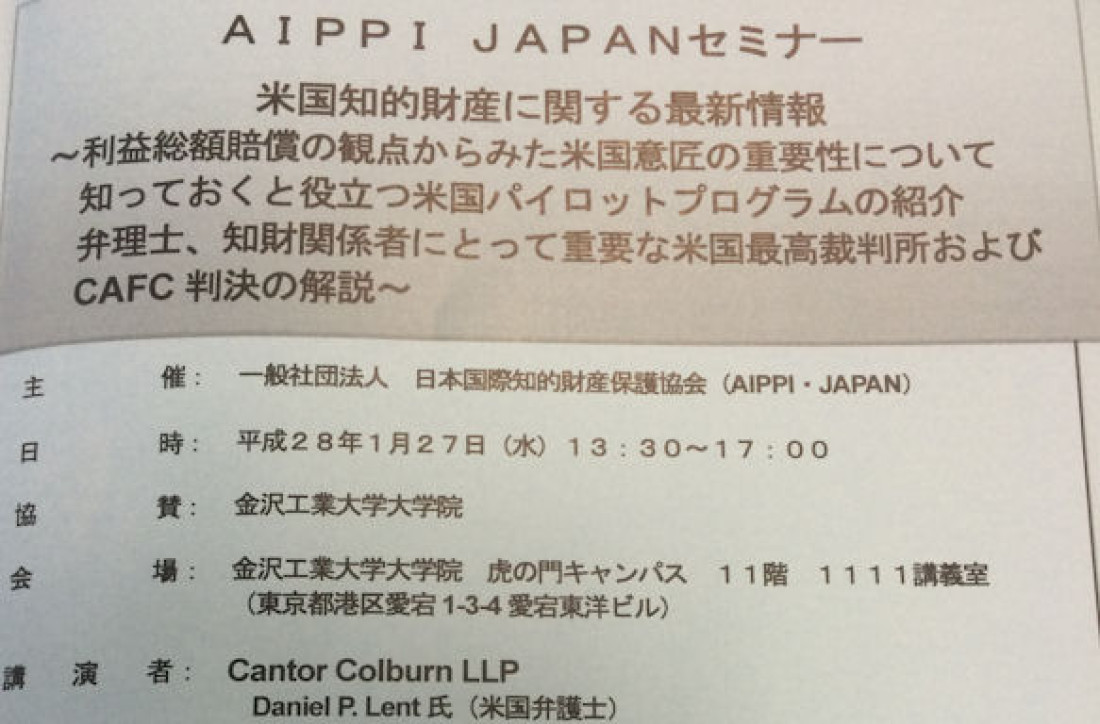 The Japanese and English Coursebook that Daniel Lent gave attendees at AIPPI Japan.